Benefits
1) A feeling that i CAN do anything achieve anything in this world( This is not placebo effect )
2) If I had cherished sin in my heart, the Lord would not have listened;(psa 66 : 18) , Now my heart is clean , God is with me always, with me

• He attacked a roaring lion with his bare hands and tore it apart.

• He caught 300 foxes, tied their tails together in pairs, with a torch between each pair, and then let them run through the fields of the Philistines, burning the grain to the ground along with the stacks of grain.

• He fought against a thousand Philistines who came to kill him, picked up the jawbone of a donkey and slew all of them.

• In a city of the Philistines where he spent the night, the men lay in wait at the city gate to capture him when he would leave. At midnight Samson arose, took hold of the city gates with the gate-posts, pulled them up, put them on his shoulders and carried them to the top of a mountain.

• He often freed himself by breaking the strong, new ropes with which he was bound, like cotton thread.

• With his two hands he pushed over the two large pillars on which the roof of a large temple rested, causing the roof and galleries to tumble down, killing 3000 Philistines.

He lost his strength. When the Lord’s Spirit departed from Samson he had no power to resist the efforts of his enemies to take control of him. They easily and quickly conquered him after he had lost his strength.

• He lost his freedom. Samson became a slave of his enemies. They bound him with bronze chains and incarcerated him in a prison where he had to grind grain.

• He lost his sight. Samson’s eyes were gouged out and he had to serve his enemies as a blind man. They led him wherever they wanted and mocked him in the presence of their idol.

• He lost his life. Although Samson was spiritually restored shortly before his death and took revenge on his enemies, he died before his time (cf. Eccl. 7:17).


Pray for me brothers in Christ to keep me strong in the Lord, I ll pray for all of You,

Wow that is one good article I've ever come across

The lesson: watch out for manipulating women. 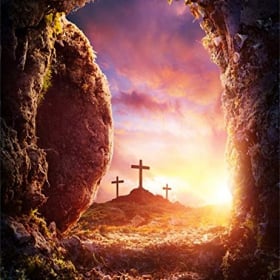