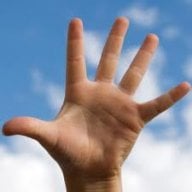 I wish quitting was straightforward and simply got a little easier every day. This is an annoyingly complicated problem I got myself into. Sep 1, 2018